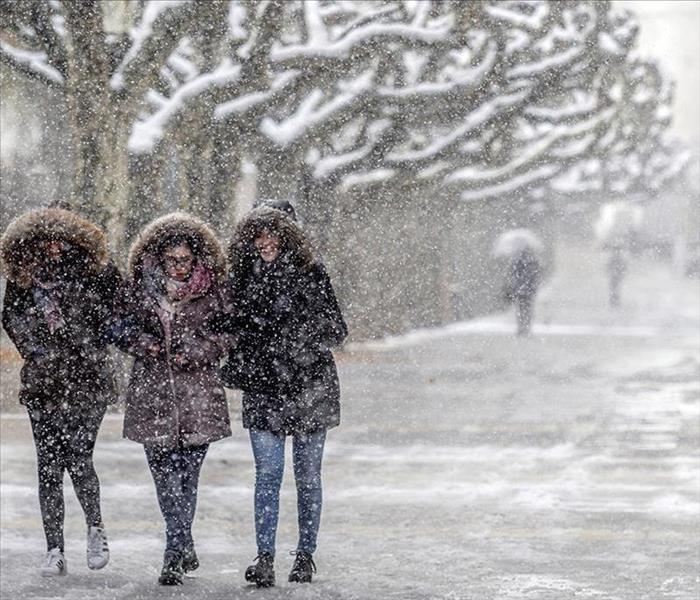 Winter storms can be highly dangerous. Familiarize yourself with these winter forecast terms so you can be prepared.

With the cold weather quickly moving in it is likely that you may have already heard many of these winter weather terms. But, do you know what they mean for you, your family and your home or business. Here is a list of the 9 common terms you are likely to hear this winter.

Nor’easter - This is a term that we here on the east coast are widely familiar with. A Nor’easter gets it name from the northeasterly winds that batter the coast when these storms pass through. Nor’easters do not always produce snow, however when weather conditions permit, rain and wind can quickly become wind, snow and ice. Most nor’easters last only a few days, however their impacts can be significant leaving behind millions of dollars of damage.

Clipper - A clipper is a small, fast-moving storm system that forms in or around southern Canada or the upper Midwestern United States and moves towards the East Coast. Clippers generally only drop a few inches or so of snow, however there have been clipper storm systems in which adequate moisture is available and snowfall totals can far exceed what was originally forecast.

Bombogenesis - While this may sound like a made up term a bombogenesis, or bomb cyclone is a very real meteorological event that occurs in conjunction with a nor’easter in which a low pressure system undergoes a drastic drop in air pressure (24 millibars or more in 24 hours or less). The result is a large scale storm that affects large portions of the east coast for several days and bringing about blizzard like conditions for some areas.

Squall Line - A squall line is a heavy line of precipitation that’s usually accompanied by gusty winds. Sudden and heavy snow can cause roads to quickly become dangerous for travel. Reduced visibility is likely and the roads will become slick with near white out conditions traffic accidents are inevitable.

Freezing Rain  - Freezing rain forms when a snowflake falls through a layer of above-freezing air high above the ground. The snowflake completely melts into a raindrop and falls back into subfreezing air near the surface. Once the raindrop hits the ground (or another surface) it instantly freezes leaving behind a heavy layer of ice making travel almost impossible, and carries the potential to break tree limbs and cause power lines to fail.

Sleet - Sleet is similar to freezing rain in that goes through a melting and then refreezing process. Sleet feels like hail and accumulates like snow, but it can freeze solid not longer after falling creating a stubborn slab of ice that can be hard to shovel or plow through, often these attempts to remove the ice can cause damage to sidewalks, roadways and driveways.

Graupel - Graupel is a soft snowflake that is more comparable to sleet rather than snow. It does not accumulate and can also be compared to the frost that you see on the grass in the mornings. It is essentially a freezing fog and generally causes no issues.

Flash freeze -  A flash freeze occurs when the temperature drops very quickly not long after it rains, causing the water on roads and sidewalks to freeze in a short amount of time. Most common after a powerful storm in which the temperature quickly drops (40 °F or more) in just a few hours. Flash freezes are dangerous because they create black ice, which makes travel unsafe.

We here at SERVPRO Chesapeake South want you and your family to be safe this winter season. Always check the forecast before leaving home and be sure to add a Winter Car Emergency Kit to all family vehicles. Review or create your business's Emergency Response Plan and be safe when traveling on busy roadways.