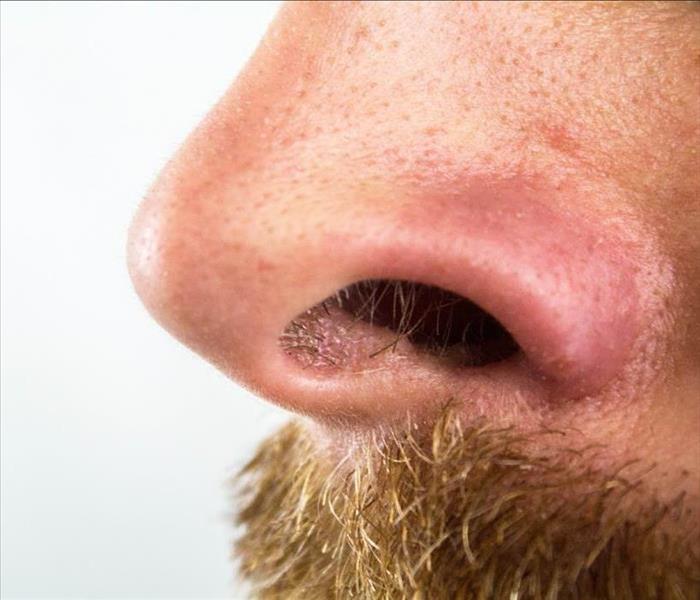 Deodorizing your home after a fire, dealing with mold or other events that cause unpleasant smells is a multistep process. Here we’ll go into the different steps required in fully removing odors from your home or business so that you can better understand everything that goes into your property’s deodorization.

The first step in getting rid of odors is removing the source. Debris or other items covered in odor causing residues will continue to release them into the air until they are removed or taken care of, so removing the source is first in a permanent odor solution.

Once the odor causing items are removed, we’ll thoroughly clean the surfaces of the affected area. Without a proper and thorough cleaning particles and residues can be left behind to continue to generate odors.

The third step in deodorization is to “recreate” the conditions that caused the odor penetration. This means that depending on how the original odor was dispersed about the property we will use various techniques to recreate that with a deodorization agent. For example, if the smell is caused by smoke damage, then we will use a fogger to “recreate” smoke to distribute it. We do this because the best way to efficiently reach everywhere that the odor has penetrated is by doing the same thing with the odor removing agents, allowing them to effectively target the sources of the odors.

In some cases, the odor issues may be severe enough to require sealing. This can be used in cases where the odor removal may be too expensive or otherwise impractical. We’ll use a sealant on the surfaces of the affected materials to help lock in these particles and prevent them from being released into the air further.

While some odors may go away on their own, depending on the scenario odor generating particles can penetrate deep into the structure of your property. Handling these odors and effectively removing them requires a professional company trained in the science of deodorization. If your home or business is suffering from an unpleasant smell that just won’t go away give SERVPRO of Chesapeake South a call and let our highly trained technicians take care of it. We’re here to help 24/7, 365 days a year!